Article copied from DurhamRegion.com written by Jillian Follert  Oshawa This Week
OSHAWA — Last fall, Leslie Seeley was standing at a crossroads that many Durham residents know all too well.General Motors, where she had worked for 31 years, had dropped a bombshell, announcing it was restructuring and offering buyouts to 18,000 workers. Soon after, came news that the Oshawa plant would close.

Seeley had spent years moving her way up from a contract worker, to hourly, then salaried — learning as much as she could along the way, putting herself through an undergraduate degree, then a MBA while she worked.

With three weeks to decide, she wrestled with what to do — and ultimately retired from GM at 55.

“I decided, I’ll take this as an opportunity to reinvent myself,” she says with a smile, adding “I’m always an optimist.”

Today, she sits in her newly opened natural skincare and wellness spa in Oshawa — the first Pure + Simple spa franchise in Durham.

It’s been a whirlwind journey from overseeing GM buildings as a facilities management representative, to opening a small business.

Her new direction was inspired by her niece, who owns a Pure + Simple spa in Waterloo.

Seeley reached out directly to company owner Jean Eng to pitch her skills, then launched into finding a location — a former cellphone store in a north Oshawa plaza — hiring a contractor, exploring funding options and learning everything she could about being a small-business owner.

The shelves are stocked with skincare products made with safe and natural ingredients.

Reinventing yourself in your fifties is no small feat — but Seeley is used to overcoming obstacles.

From climbing the ladder at GM at a time when her department was mostly men, to being inducted into the Durham College Sports Hall of Fame and Ontario College Athletic Association Hall of Fame as a standout three-sport athlete in her time at Durham College — she says perseverance is behind everything she does.

Her advice for others looking to start a new career or open their own business, is to reach out.

“Find people to talk to and ask for help. Be involved in your community and give back. Find people who believe in you.”

In her case, Seeley says a strong network of women in Durham who own small businesses has been a steady support.

“I didn’t know there was life after General Motors,” she says. “But there is. And it’s wonderful.” 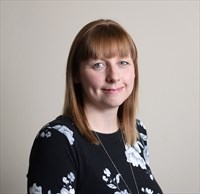 Jillian Follert has been telling Durham’s stories for more than 15 years and is currently the education reporter for Metroland Media Group’s Durham Region Division.