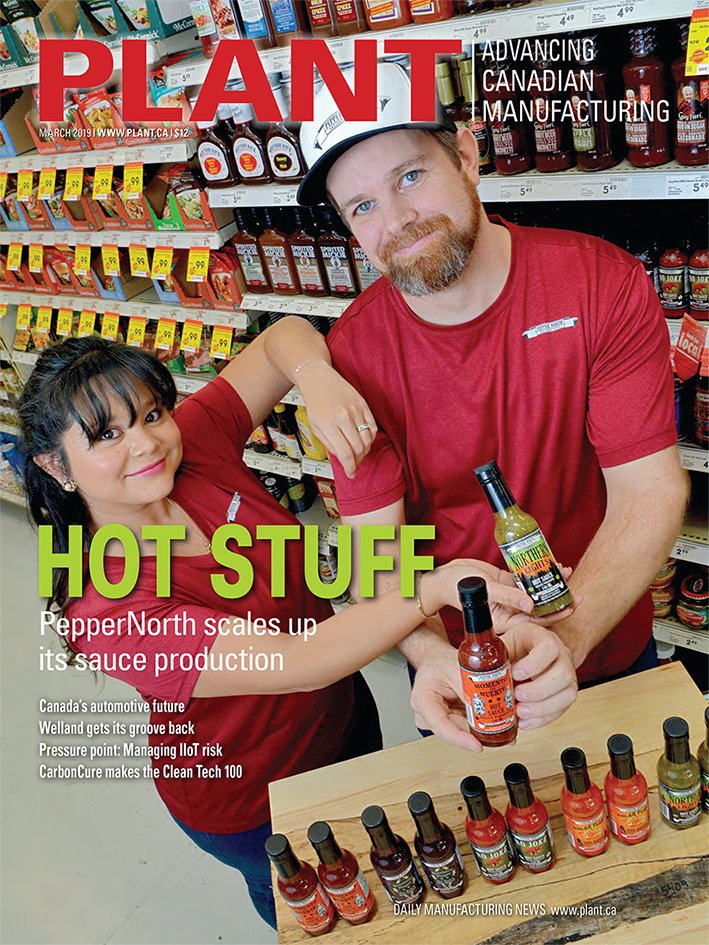 PepperNorth, a client of BACD is featured in March 2019’s edition of Plant, Canadian Manufacturing magazine.

Award-winning retail brand moves from a church basement to a full service plant.

Ana and Drew Stevens knew their fiery food company was at a crossroads in 2016 when they landed a deal for their hand-made hot sauces to sit on the shelves of Sobeys’ entire Ontario retail network. The fledgling family business already had products in approximately 70 independent stores across the province, but the relationship with Sobeys was a significant step into the mainstream grocery space. It would mean much wider distribution and potential sales. It would also require a substantial scale up in production. “At the time we were still doing production in a church basement,” recalls Ana Stevens, co-owner of Pepper North Artisan Foods. “It was an exciting time for our company, but it also forced us to think about what we were doing and how we were going to fill those larger purchase orders.”

Read the pdf version of the article here: https://bacd.ca/wp-content/uploads/2019/04/NorthPepper.pdf